U.S. Millennials most "In Tune" when it comes to vacations, eDreams global survey reveals 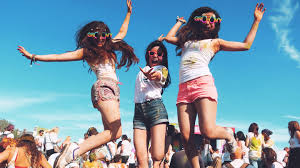 NEW YORK - Leading online travel agency eDreams, which has a presence in 33 countries including the U.S., has revealed that music really strikes a cord in the hearts of American tourists.
The multinational survey of 13,000 respondents from eight nations (U.S., U.K., France, Germany, Spain, Portugal, Italy and Sweden) finds that Americans are the most inclined to travel to a destination because its local music style inspired them, with 23% saying so compared to just 8% of British respondents and 14% of all Europeans surveyed.
Jazz inspires more holidays than any other music style, with 41% of Americans saying they would be interested in visiting New Orleans due to their love of the genre, which is highest among the 60+ generation (46%), whilst reggae music inspires 34% of millennials to venture abroad.
Top 10 music styles that inspire vacations 1. Jazz (New Orleans)2. Country (Nashville)3. Reggae (Jamaica)4. Hip hop (America)5. Calypso (Caribbean)6. Ukulele (Hawaii)7. Bagpipes (Scotland)8. Flamenco (Spain)9. Samba (Brazil)10. Tango (Argentina)
It's clear that music-led vacations are a big draw for Americans, with a further one in four (25%) saying they would travel to a different country to watch their favourite artist perform. Twice more American men (14%) have already done this, compared to just 7% of women.
A third (33%) of American millennials say music is the main factor considered when choosing where to go on a trip, which is well above the global average of 18% for the same age group.
Festivals get the beat going for millennials, with 40% of U.S. 20-29 year olds saying they are interested in attending a music festival outside of their own country, much higher than global average for that generation (34%). However surprisingly, 29% say they're more interested in intimate and creative music festivals rather than bigger events like Coachella.
As streaming music for free on mobile devices has become even more accessible in recent years, it's no surprise that 26% of millennials (16% U.S. average) have download music from local artists before a vacation to get them in the mood, and 22% admit to making a playlist with local music from their trip to let memories live on back at home.
*Millennials based on 20-29-year-olds