Revealed: The most threatening factors to World Heritage sites Did you know there are 54 World Heritage Sites around the world that are listed as 'in danger' by UNESCO?
From old cities buckling under the impact of tourism to historic monuments ravaged by climate change, it's no wonder that a number of heritage sites around the world are endangered. Tour providerOn The Go Tours created a graphic that looks at these World Heritage Sites and analysed which factors are impacting them and putting them under threat.
Here's what they found: 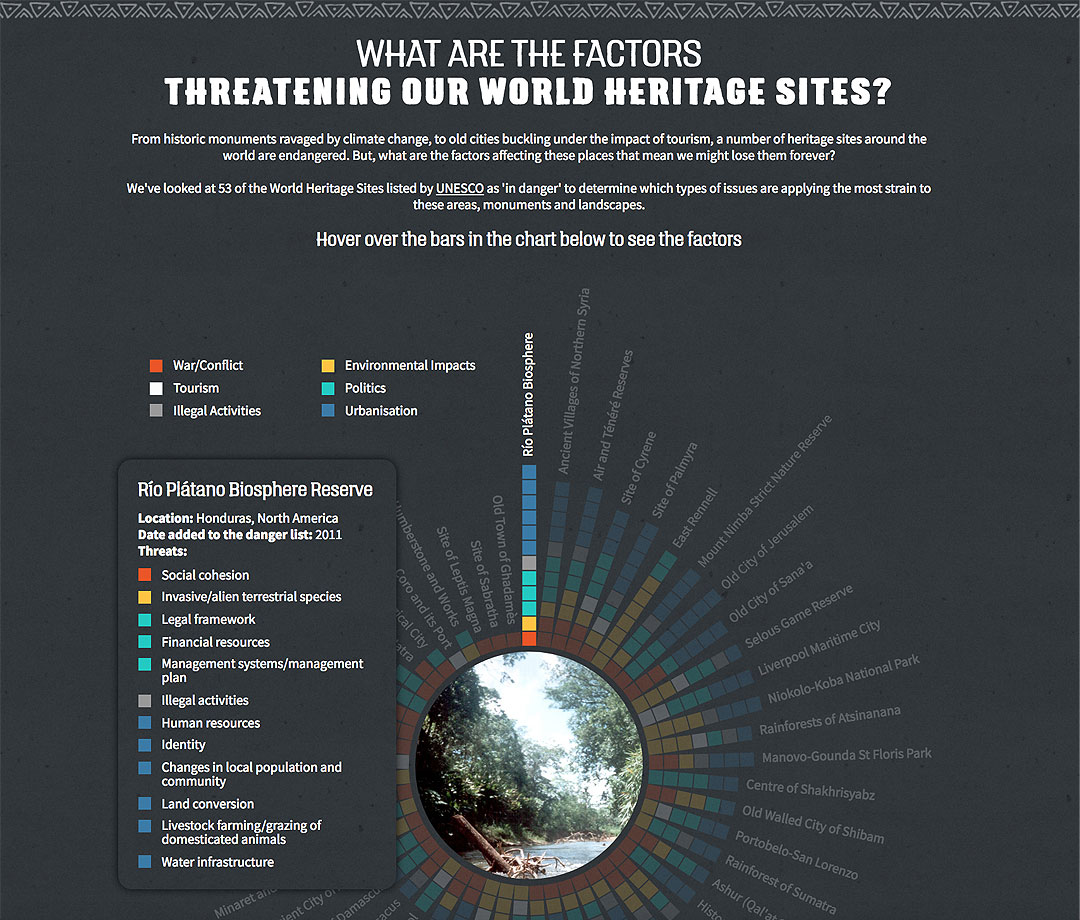