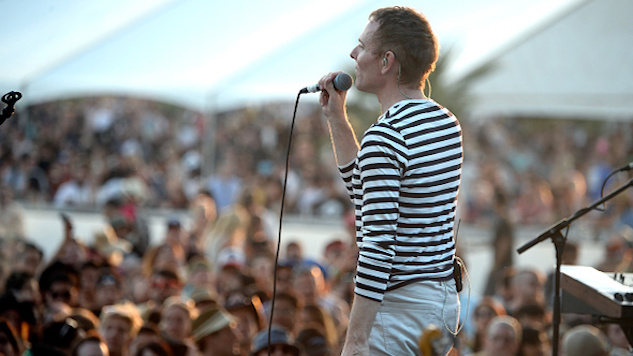 Belle and Sebastian have officially announced a music festival boat cruise: The Boaty Weekender is a four-day “floating festival and luxury cruise around the Mediterranean”.

It will feature live performances from Belle and Sebastian and other acts selected by the band, plus Q&A sessions, panels, theme parties, and much more.

The band will also perform their 2000 album Fold Your Hands Child, You Walk Like a Peasant in its entirety on the cruise.

The Boaty Weekender sets sail from Barcelona on August 8, 2019. The ship will make its way to Cagliari, Sardinia before heading back to Spain by August 12. Watch an invite video below.

Belle and Sebastian are currently on tour through the summer. They released the final installment in their How to Solve Our Human Problems EP trilogy earlier this year.
Share on FacebookShare on TwitterShare on Google+
Tags: Belle and Sebastian, Cruise, music festival
Αναρτήθηκε από geop στις 12:24 μ.μ.