Dynamic global growth on the horizon for Renaissance Hotels 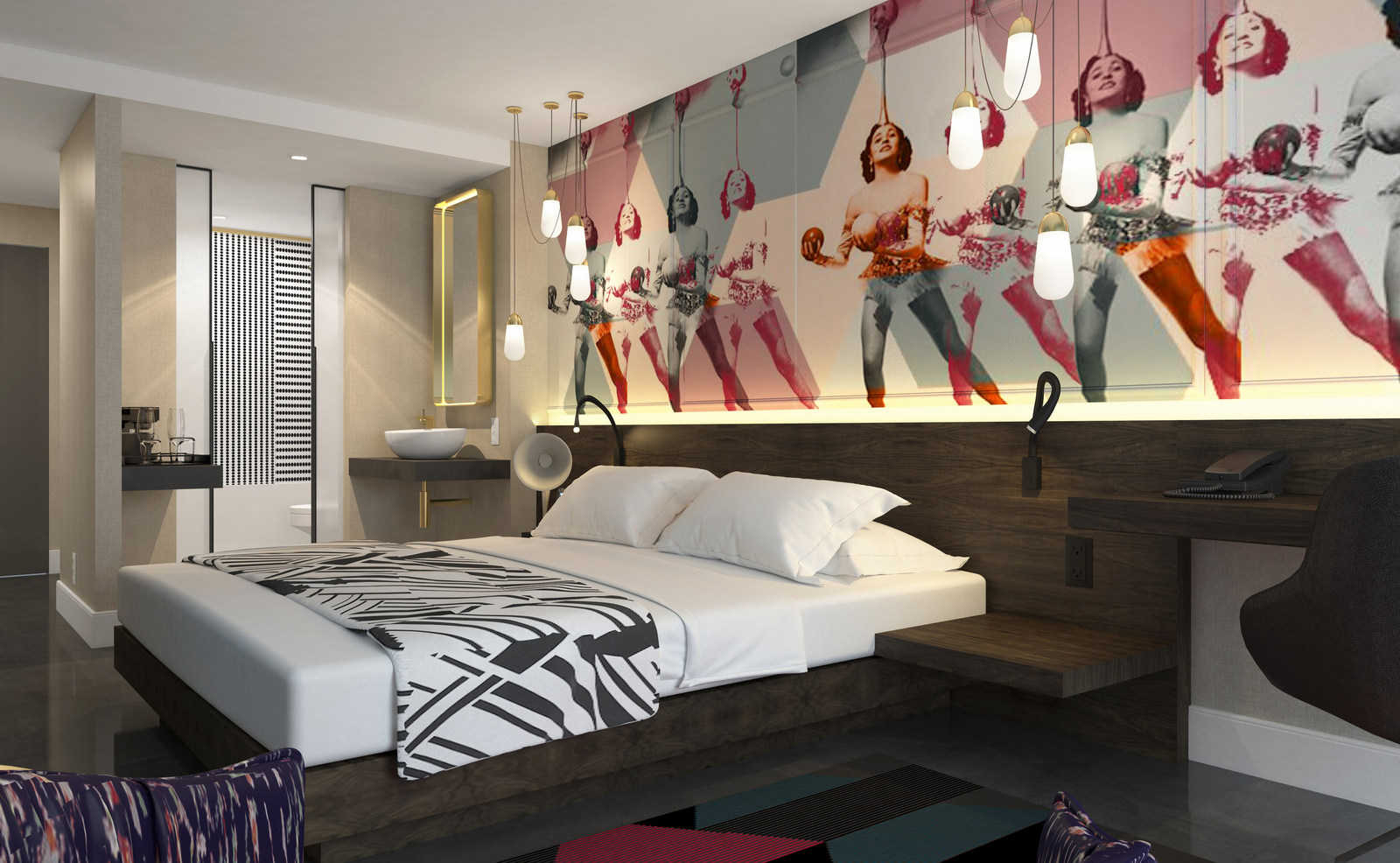 BETHESDA MD. - The dynamic design strategy guiding Renaissance Hotels has hit its stride. The brand revealed today significant momentum in its growing global portfolio and investment by its property owners in marquee renovations around the world. This year nearly half of the brands hotels in North America are scheduled to complete dramatic transformations, from Nashville to Newport Beach, with the brand also slated to debut in 16 new neighborhoods globally in the next 12 months, including Chelsea, Philadelphia, Warsaw, Taipei and Hangzhou.
"We have been on a journey to evolve our hotels' design to reflect what the Renaissance brand offers today: a sense of clever theatricality and an open invitation to experience something a little unexpected during our guests' travels," said George Fleck, Vice President of Global Brand Marketing & Management, Renaissance Hotels. "The brand's design momentum coupled with our engaging Navigators and entertaining Evening Bar Rituals are sure to inspire stories worth sharing among travelers and locals alike." 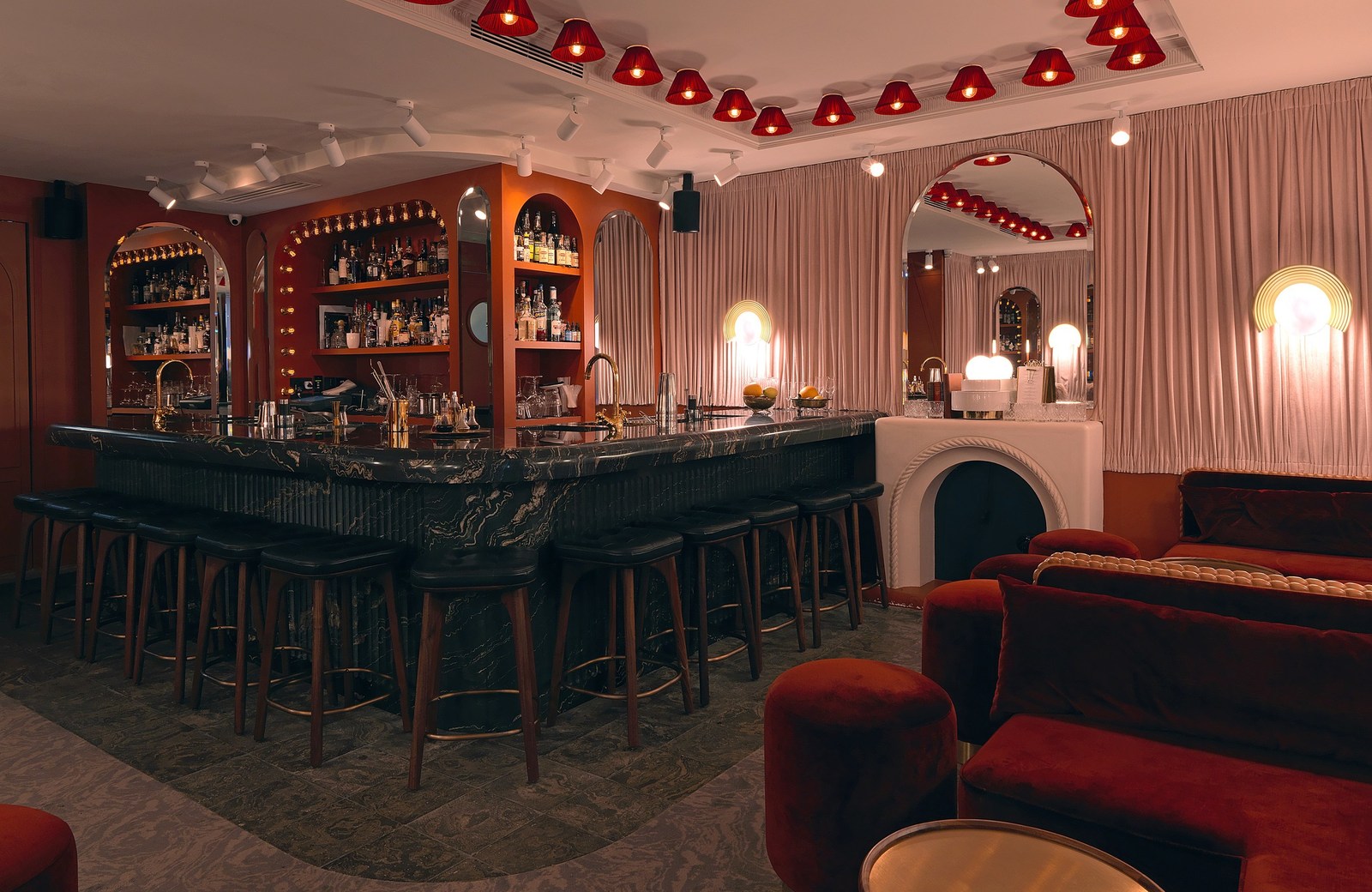 Renaissance Hotels Reveals the Grit & Glamour of Beloved Neighborhoods around the Globe
Renaissance Hotels encourages travelers to discover the hidden gems that give neighborhoods their soul: from underground art to local cuisines. Inspired by the notion that Renaissance Hotels can set the scene for the spontaneous to happen, the brand's design strategy leverages architecture, interiors and art together – creating engaging elements at every turn and inviting guests to go "off-script" and experience something they weren't planning.
"Whether a new build, conversion or renovation, the design of each Renaissance hotel employs different principles to create a dynamic tension and theatrical spirit that introduces an unexpected sense of the neighborhood to our guests," said David Kepron, Vice President, Global Brand Design Strategies, Marriott International. "There is an overarching and recognizable design DNA that sets the stage for stories worth re-telling, but Chelsea will feel very different than Charleston, as will Paris and Philadelphia."
Following the recent marquee opening of Renaissance Paris Republique Hotel, the brand will see even more transformation in Paris, with the completion of a multi-million dollar renovation of Renaissance Paris Vendome Hotel this month.  Designed by Didier Gomez, the intimate 97-room hotel is inspired by the fashion designers and jewelers that have had their salons in the square. With creatively layered patterns and textures throughout the interiors, each guestroom features statement art pieces of French feminine style that wrap the ceiling, a signature of the brand.  The hotel's transformation is anchored by its new cocktail bar & restaurant Balagan - a Hebrew name meaning "Joyful Bazar" - born of a collaboration between the renowned Experimental Group, acclaimed Israeli chefs Assaf Granit and Uri Navon, and the designer Dorothee Meilichzon, which opened last year.
Also opening in Spring, Renaissance Philadelphia Downtown Hotel will boast a theatrical design reframing the historic fabric of the city with a modern energy, contrasting materiality and unexpected pop art throughout the hotel: from a reimagined lobby, reminiscent of Elfreth's alley in Old Town anchored by a 100' graffiti wall designed by local artist Dan Murphy, to the hotel's restaurant, which features portraits of Benjamin Franklin's five mistresses created with pixelated $100 bills.
Next year the brand is slated to introduce Renaissance New York Chelsea South Hotel, a new build on the former Antiques Garage Flea Market site, from which it will draw inspiration. Giving a wink-and-nod to the neighboring floral district, the hotel will weave together design elements of an indigenous flea market and secret garden with a dramatic staircase taking center stage in the lobby: a collection of contrasting modern and antique door knobs, locks, and keys.
The Renaissance Harlem Hotel is scheduled to open in 2020, restoring and playfully reimagining the Victoria's Loews Theatre, which was at the center of the vibrant "Harlem Renaissance" era in the 1920s and 1930s when art began to flourish in northern Manhattan. With approximately 200 guestrooms and suites, the hotel will exude polished glamour with a nod to the grit and tenacity of the destination's triumphant past.
Renaissance Hotels Reimagines Airport Hotels for Today's 'Road Warrior', from Amsterdam to Atlanta
As global air travel demand continues to grow year over year, according to the International Air Transport Association, there is an increasing opportunity to reimagine airport hotels through design and signature experiences. "Shouldn't road warriors enjoy a touch of the unexpected, too? It's about letting a place have its own voice, something you can't find anywhere else," said Lauren Rottet, Founding Principal, Rottet Studio, which designed Renaissance Atlanta Airport Gateway Hotel.
Renaissance Hotels plans to open two airport hotels this year: Renaissance Warsaw Airport Hotel this Spring, which will mark the brand's debut in Poland, and Renaissance Amsterdam Schiphol Airport Hotel in November 2018. In North America, this momentum follows the recent opening of Renaissance Atlanta Airport Gateway Hotel and the design-driven renovation of Renaissance Los Angeles Airport Hotel, which just completed this month.
The design of the Renaissance Amsterdam Schiphol Airport Hotel draws inspiration from Amsterdam Bos, the city's largest park situated adjacent to the hotel. Because the verdurous park was created in the beginning of the twentieth century, at the same time as Dutch modern art, architecture and design gained popularity, the hotel is peppered with playful unexpected moments that reveal a sense of time and place. Notably, the interiors juxtapose a natural color palette with high gloss furniture, contemporary accents and a modern twist on famous Dutch art throughout the public spaces, buzzy bar and guestrooms.
In Poland, the Renaissance brand is bound to make a splash with the debut its first hotel in Warsaw. Looking to the avant-garde modernism of the 1930s, 1960s and today, the hotel's design features modern pops of primary colors in its art, textiles and furniture, inspired by the fashion, graphic design and pop culture of the time. Celebrating the inherent creative tension in Polish modern design, the hotel is poised to set a new standard for the staid airport experience.
Renaissance Hotels Shakes Up the Scene with Brand Debuts in Indonesia and Taiwan
Last month, the brand debuted in Indonesia with the opening of Renaissance Bali Uluwatu Resort & Spa, reinterpreting the destination's cliff-fringed coastlines throughout the resort with artfully designed interiors created with contrasting materials, such as rattan furniture paired with Ikat textiles.  In June, Renaissance Taipei Shihlin Hotel is scheduled to debut as the brand's first hotel in Taiwan, opening in the buzzing Shilin district famous for its street art and night markets.
These two hotel openings will follow on the heels of last year's opening of Renaissance Downtown Hotel, Dubai in the thriving Business Bay district, inspiring spontaneous discovery through design – to which there is no better example than the artwork in each guestroom: a close-up black and white photograph of a camel smirking; and above the bed, Pablo Picasso's famed camel sketch is reimagined into a cheeky, 3D iron rod sculpture – both playful jests to reframe your stay.
Tags:Renaissance Hotels
Αναρτήθηκε από geop στις 11:24 π.μ.