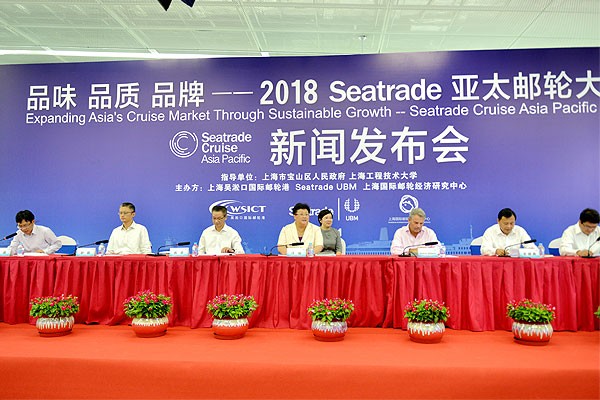 The worst places to fall ill on holiday revealed

Summer holiday season is just about over and Britons have been travelling abroad en masse. But what happens when it’s not all fun in the sun? Every year, thousands of Britons fall ill and claim on their travel insurance, with popular destinations like Spain and the U.S. topping the list as 28% of UK tourists claim whilst visiting the countries. That’s why Get Going, leading medical travel insurance providers, have put together this essential guide for adventurers keen to protect themselves - and their cash.
Get Going’s guide ranks the best - and worst - destinations to fall ill on holiday, citing factors such as average medical travel insurance claim costs, the risk of infectious disease, vaccination recommendations, and clean water availability. Taking the risks into account can ensure travellers are prepared should something unfortunate happen.
Best Places to Fall Ill
Worst Places to Fall Ill
Holiday Illness Costs by Numbers

“As Autograph Collection Hotels’ first property in Turkey, Sofa Hotel Istanbul proudly exemplifies our commitment to providing guests with exactly like nothing else experiences. As the official sponsor of Istanbul’s Contemporary Art Fair, Sofa Hotel celebrates the city’s art scene, showcasing the works of local and international artists throughout the building for guests to enjoy,” said John Licence, VP Premium & Select Brands Europe at Marriott International.

Designed by renowned Turkish architect, Hakan Kiran, the hotel’s interiors are tranquil and relaxing, offering a contrast to the city’s bustling streets. Sleek lines, custom-designed furniture, bespoke artwork and modern light fittings complete the 82 guestrooms, which are decorated in grey tones with splashes of deep red, mustard and copper throughout. Five suites and a selection of terrace rooms with private balconies offer more space as well as stunning city views. Each guest room offers a large marble bathroom with standing shower and luxurious separate bathtub.

Located on the first floor, Sofie Restaurant is open 24/7 providing gourmet breakfast, lunch and dinner. Highly acclaimed Frankie Istanbul, one of Istanbul’s hottest rooftop destinations, offers an elegant and energetic ambience alongside a unique fusion menu of innovative Mediterranean dishes and local cuisine. Guests can also soak up spectacular views of the city at the stylish bar and lounge area, while enjoying the impressive wine list on offer.

For those looking to escape the hustle and bustle of the city, the Green Spa is an oasis of wellbeing and tranquility utilizing the latest Asian and European wellness therapies. Spa-goers can choose from an array of body and beauty care, from Indian healing massages to hot stone therapy and traditional Turkish Hammams. The signature treatment – the ‘Sultans Special’ – is a traditional Turkish scrub that originates from the Ottoman era. As well as enjoying personalized treatments, guests can explore the relaxation pool, Jacuzzi and luxurious Turkish bath.

Meetings and events are expertly catered to in the hotel’s five meeting rooms equipped with the latest technology. A flexible area for bespoke events, up to 250 people can be accommodated in the largest space.

Sofa Hotel is the ultimate destination for travellers looking to explore the city’s heritage and culture. Guests can take a 10-minute stroll or hop on one of the vintage trams along Istiklal Caddesi, the main pedestrian boulevard, until they reach the city’s renowned shopping quarter and eclectic dining scene.

Rates at Sofa Hotel Istanbul start from 140 euros per night.

As Princess Cruises continues to expand their fleet, the line has announced the name of the fifth Royal-class ship that will launch in 2020 – Enchanted Princess.

The ship is set to debut on June 15, 2020, and following will be the sixth Royal-class ship, set to launch in 2021. Construction of the 143,700-ton, 3,660 guest vessel will take place at the Fincantieri shipyard. The other four Royal-class ships are Royal, Regal, Majestic, and Sky Princess, the latter of which will join the fleet in October 2019.

“The name Enchanted Princess is captivating and conveys the elegance and grace of our new ship which will introduce more travellers to the pleasures and value of cruising,” said Jan Swartz president of Princess Cruises. “We are certain Enchanted Princess will exceed the expectations of our guests, ensuring they have the most memorable cruise vacation.” 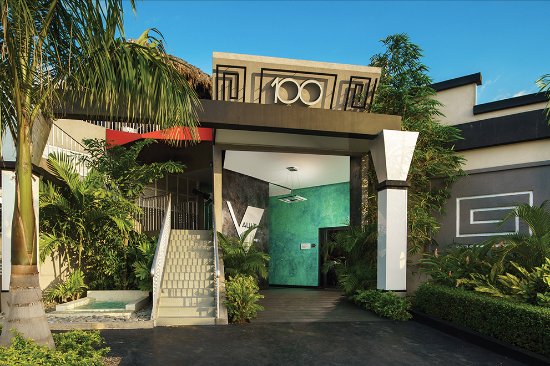 Popular restaurant and entertainment lounge, 100, which opened in Kingston during September 2015, recently opened its chain in a second location in Montego Bay.

The Montego Bay location opened on August 23 this year. It has been described by some businesses in the area as a much-needed addition to the city, which is known for its thriving tourism product.

Azan believes that having 100 in Montego Bay will add value to the city’s tourism package and generate employment opportunities in Western Jamaica. 100 opened amid much fanfare as specially invited guests were treated to an evening of entertainment complete with tasty selections from 100’s menu.

Situated inside the Mega Mart complex in the heart of the city of Montego Bay, 100’s 3,000 square foot space boasts modern industrial styling accompanied with natural-wood finishes that creates a cool and trendy ambience.

This new restaurant is adorned with an array of big screens covering vast portions of the wall, high tables and wicker-inspired high chairs, and it is expected to be a gathering spot for viewing sporting and entertainment events.

LAKE FOREST, CALIF. - Panasonic Avionics Corporation (Panasonic) announced that in partnership with its subsidiary, ITC Global, it has been awarded a four-year contract by TUI Cruises for connectivity services to two new-build cruise ships, Mein Schiff 1 and new Mein Schiff 2. The agreement establishes communication capabilities onboard the vessels serving guests and crew, enhancing the user experience during the cruise line's travels across international waters. Germany-based TUI Cruises is a joint venture between TUI AG and Royal Caribbean Cruises, Ltd. Headquartered in Hamburg, TUI Cruises voyages sail across the globe from the Baltic and Mediterranean Seas in Europe; to the Canary Islands; to the Caribbean in the Americas; to the Orient and greater Asia, with various channels in between.
As a Panasonic subsidiary, ITC Global leverages Panasonic's global broadband network to deliver connectivity to energy, maritime and enterprise customers. Panasonic offers a new approach to connectivity at sea, serving passengers and crew, as well as communications for ship operations and corporate networking. With the world's largest, most comprehensive broadband connectivity service, Panasonic delivers communications to a wide range of mobility markets, leveraging a high-availability Ku-band satellite network that covers more than 98 percent of maritime traffic routes.
The award by TUI Cruises marks the first comprehensive cruise connectivity contract for Panasonic and ITC Global. Installation and commissioning for the first of the sister ships, Mein Schiff 1, was finalized in March and the vessel successfully completed its maiden voyage in May. Mein Schiff 2 is currently under construction at Meyer Turku shipyard in Finland and set to join the TUI Cruises fleet in March 2019. Equipment for both vessels includes 2.4-meter multi-band antenna systems delivering high levels of bandwidth to accommodate connectivity demands for both ships' capacity of more than 3,000 total guests and crew onboard. The high-bandwidth solution calls for flexible technical and commercial service with dynamic bandwidth allocation and space segment management. Both vessels are being serviced via traditional geo-synchronous satellites, with future consideration of point-to-point, microwave and other technologies as the demand for additional capabilities expands. Leveraging Panasonic's third-generation communications network, service is backed by high-throughput satellite (HTS) coverage paired with the latest modem technology, and includes 24x7 service monitoring and support from ITC Global's Network Operations Center.
"TUI Cruises is recognized as one of the most successful cruise brands known for its premium, all-inclusive concept," said Ian Dawkins, CEO at ITC Global and Senior Vice President, Global Network Operations at Panasonic Avionics Corporation. "With this contract award, Panasonic and ITC Global have a unique opportunity to further elevate the brand in consumer markets through maximizing the user connectivity experience, most notably for TUI Cruises' guests – whether that's through making it possible for professionals to manage work responsibilities while spending time away with family, or by enabling social media enthusiasts to share vacation highlights in real-time with friends and family back home," continued Dawkins.
"Our job is to manage all aspects of the communications solution so that TUI Cruises is focused on what they do best – creating a memorable guest experience onboard. We take this responsibility seriously and look forward to continuing to work closely with the customer in delivering the advanced technologies required to make this possible," concluded Dawkins.
"Panasonic's extensive background in enhancing the passenger experience via its in-flight technology and entertainment solutions, combined with ITC Global's similar depth supporting crew welfare and connectivity services simplified our service partner selection, as the synergies presented were a natural fit to best meet our requirements," said Matthias Fahrner, Director IT Strategy & Competence Center at TUI Cruises.
ITC Global and Panasonic's collective expertise enables the development of platforms for onboard experience and revenue generation for both commercial and passenger applications. To learn more, read the latest cruise market case study or contact us to set a meeting with our team at SMM 2018, September 4-7 in Hamburg, Germany.
Tags:
Panasonic Avionics Corporation   ITC Global